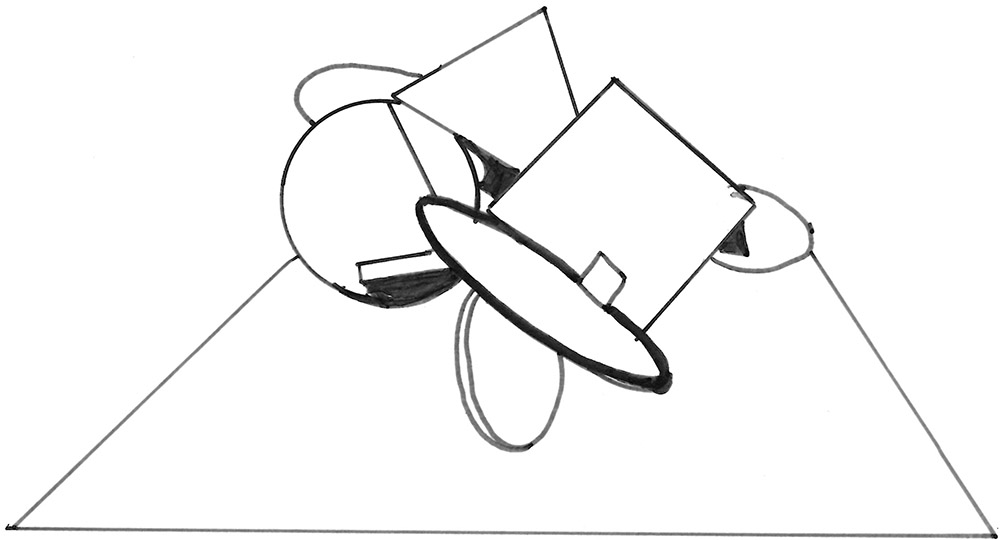 (1927- 2009)
Ernest Trova born in Clayton, Missouri. Self-trained American surrealist and pop-art painter and sculptor. He was influenced by his father who was an industrial tool designer and inventor. After his father’s death he took a job as a window dresser of a major department store. This experience had a major connection with his most recognized work, the “Falling Man” series, which began as a commission for the Famous-Barr department store in St. Louis and the city’s Bicentennial Celebration in 1964.

Trova was inspired by Francis Bacon, Jean Dubuffet, DeKooning and also by mannequins in which he worked evident in his oeuvre. In 1975 he co-founded the Laumeier Sculpture Park with a gift of more than 40 large scale artworks to St. Louis county. His work is represented in permanent collections: Museum of Modern Art, The Whitney Museum of American Art, the Guggenheim and Tate Gallery.