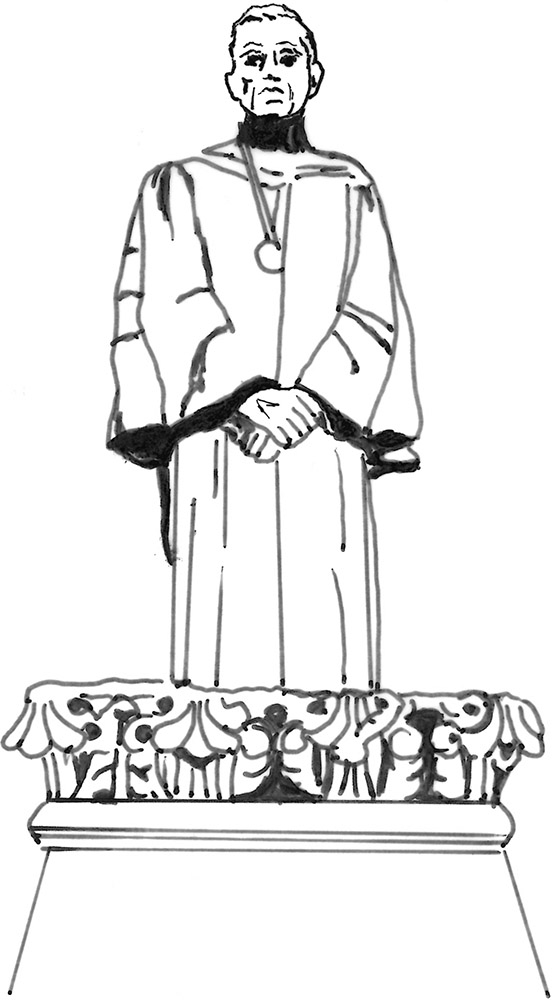 Fredda Brilliant born in Lodz. Poland of a Jewish diamond trade family. She worked in a variety of media and was recognized as an accomplished sculptor, writer, actor, singer and script-writer. She extensively traveled and worked in Europe, USA, Australia, India. In 1935, she married Herbert Marshall, a documentary film-maker and translator. In 1966 Fredda followed he husband to SIUC where he was a professor in Soviet and Eastern European Studies. “Brilliant was a sculptress whose “gypsy creativity” drove her to all corners of the world, crossing barriers without regard- an Independent” as related in her obituary. She died in Carbondale in 1999.