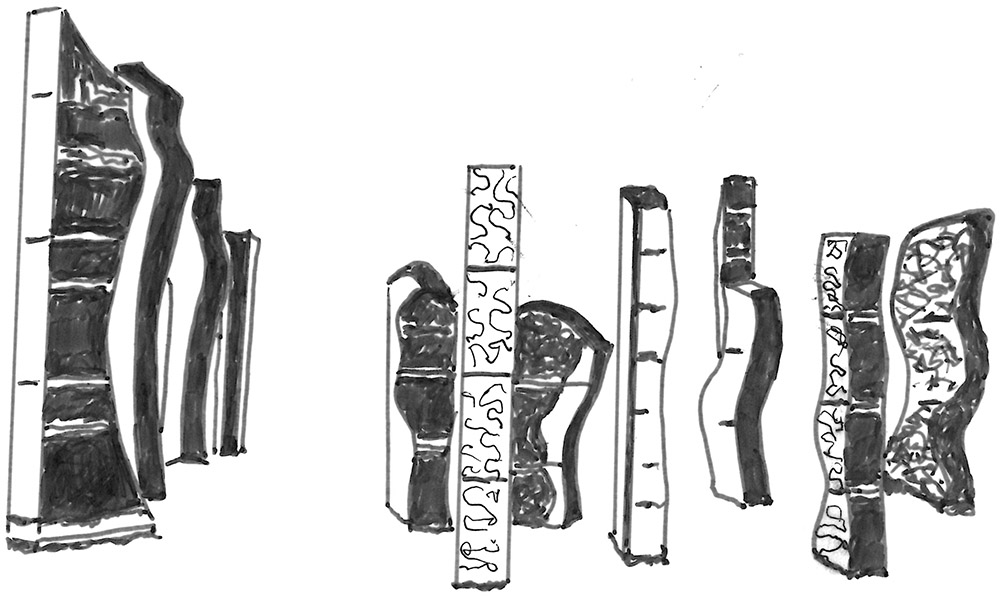 High on Grassy Knoll in Front of Morris Library

(1923-1974)
Born in Lincolnshire in 1923, Nicholas Vergette was a British potter and sculptor trained in Europe at Central School of Art and Design in London. He produced ceramic murals and figurative works for architectural settings during 1950-1960s. Bernard Leach, renowned ceramic artist, gave Vergette, Caiger-Smith, Hine and others at Rye Pottery the name “Piccassettes” for their use of tin-glazed pottery going against the trend in studio pottery towards stoneware. Vergette was a professor of Art at SIUC from 1960 to 1974.

Here took Vegette three years to complete and depicts the various stages of cancer, which the artist was fighting. He passed away in 1974, only two months after finishing the work. He would be happy to know that Here is a campus landmark and a popular retreat for reading and meeting.