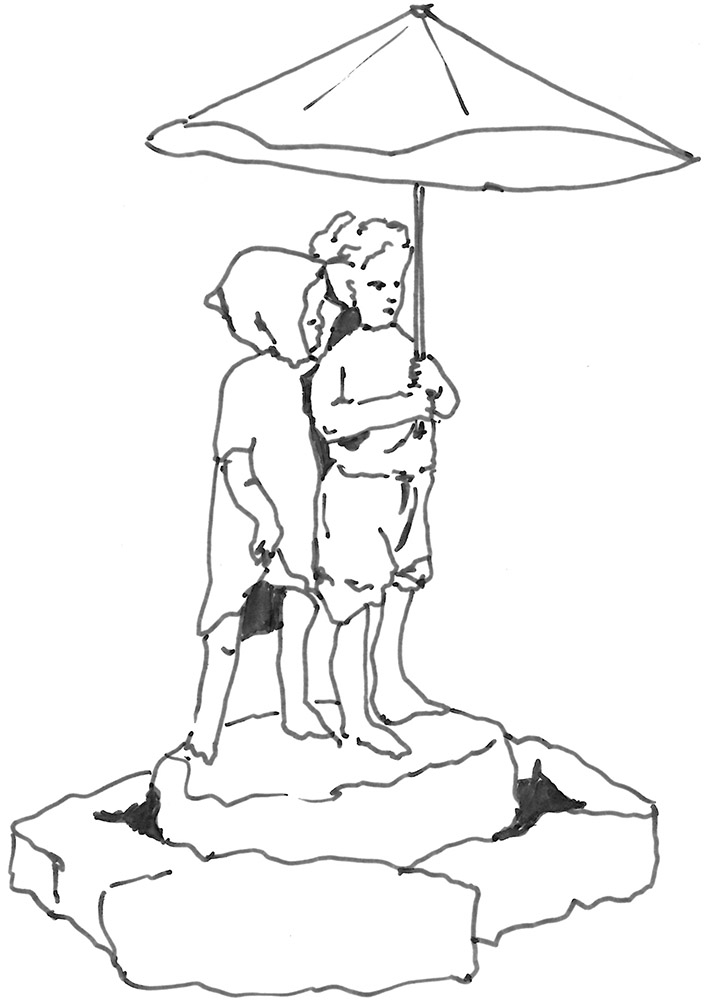 Duplicate statue Bronze and Copper in a Fountain

Between Shryock Auditorium and Davies Gym

Jacques Henri-Bernardin, the French writer best known for Paul et Virginie, a short novel about innocent love often associated with the themes of The Enlightment, about two childhood friends who later fall in love. This work was a gift of the Class of 1887 and created on the 100th anniversary of Bernardin’s novel. The original statue was located facing the Old Main Building. After Old Main burned and because of campus unrest in the 1970’s the statue was restored through the fundraising efforts of the Class of 1965 and the Alumni Association. It was moved to the Stone Center. An exact duplicate of the sculpture was cast in bronze at the foundryon campus and stands in a fountain. It shows two children holding an umbrella from which water cascades.