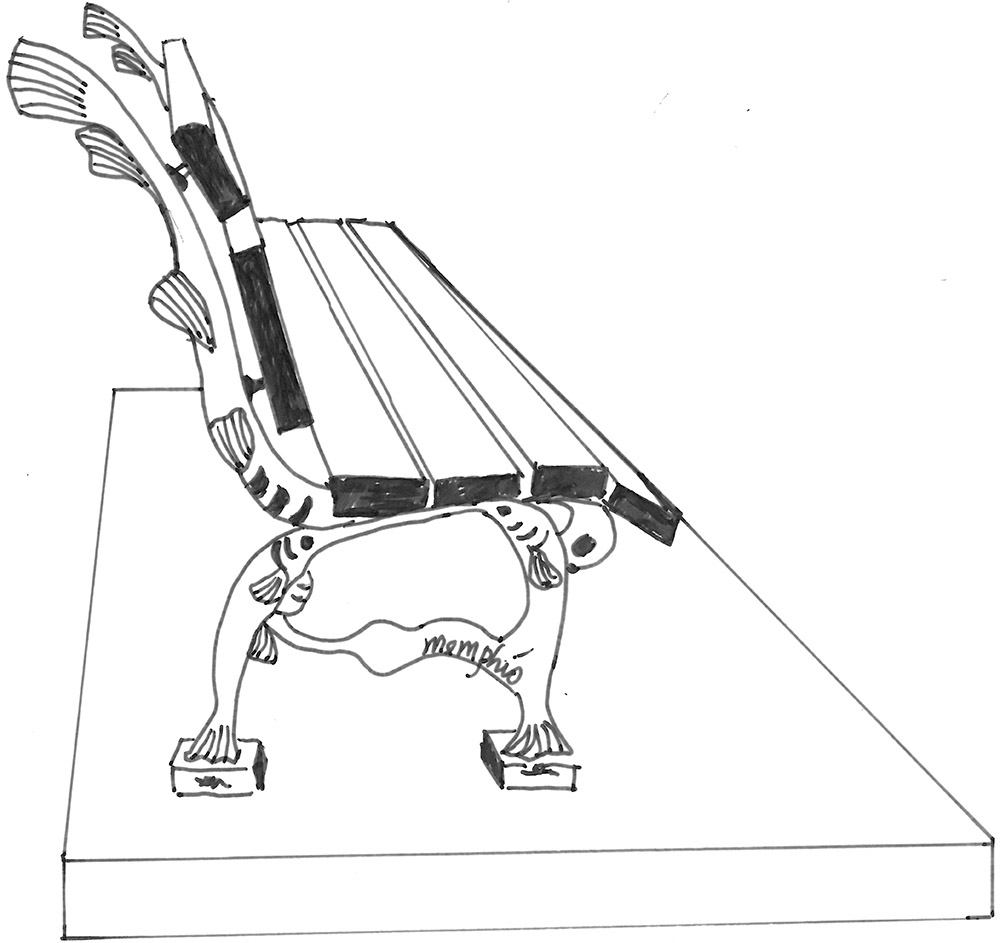 The Memphis Bench was installed in 1986 and is made of cast iron and red oak. The supports consist of several smiling blue garfish and its name Memphis is part of the cast supports. Wallace also designed steel and cherry wood gates that were used in the university galleries for many years.

James “Wally” Wallace is the 2019 SNAG Lifetime Achievement Award recipient. The SNAG award is the highest honor and is presented to individuals who have made significant contributions to the field of metalsmithing. Wallace is a practicing metalsmith and former founding Director of the Metal Museum, formerly known as the National Ornamental Metals Museum. Wallace earned his Bachelor of Fine Arts Degree from Western State College of Colorado with emphasis in Art, English and Geology. He earned his MFA in 1977 here at SIUC school of Art and Design.