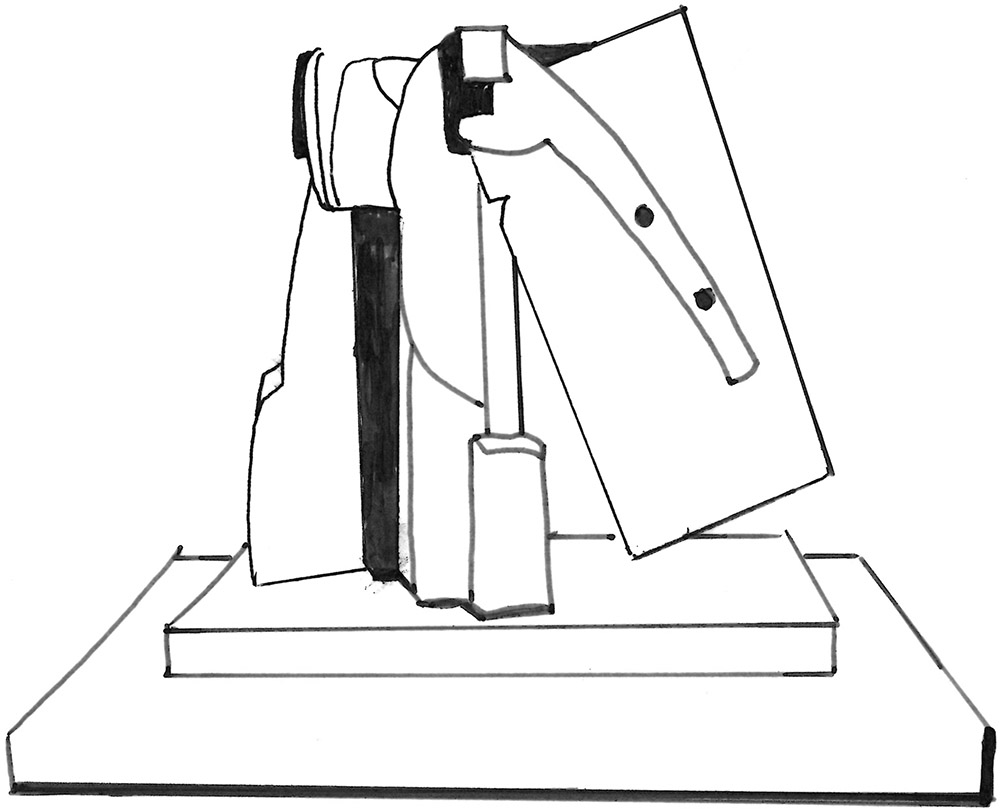 In front of University Museum

Thunder Stone Blue was selected from a competition and purchased by the Friends of the University Museum in 1988.  According to Dunbar, a thunderstone is an object hurled to earth by lightning and thunder. It also references the hammer of Thor, god of thunder.

Michael Dunbar born in Santa Paula, California but at an early age his family moved to Springfield, Illinois. He earned his BA and MA degrees from the University of Illinois, Springfield and MS from Illinois State University. He co-founded Pier Walk at Navy Pier in Chicago which allows artists the opportunity to exhibit in a major public space. He holds tenure as coordinator of the Art in Architecture Program for the State of Illinois. Dunbar has produced a substantial number of outdoor sculptures placed throughout the Midwest in public and private locations. His work manifests precision of abstract objects in steel and bronze forms.