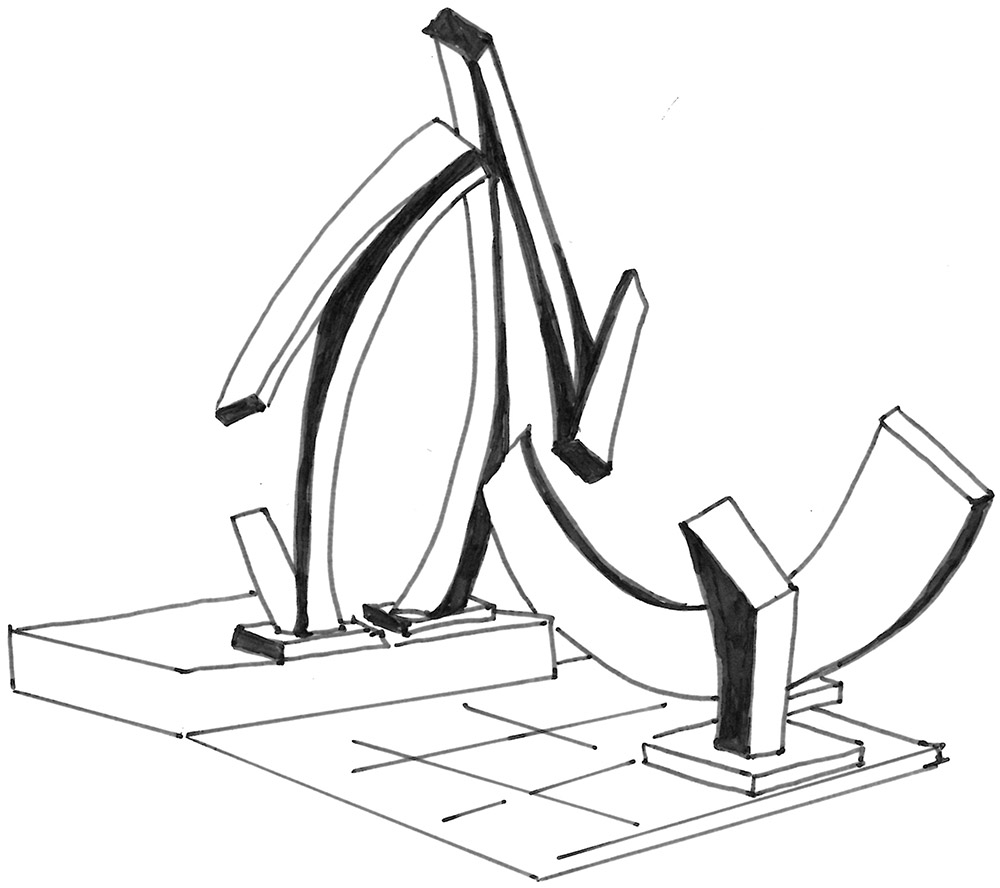 Horvath was born in Columbus, Ohio. He was an Art Director in Chicago, Nebraska and Rockford, Illinois. After thirty-five years as an art administrator, he turned to sculpture as his main medium and career. His studio was based in Rockford. He pioneered and patented a fabrication process (RiverCitiesReader.com), that allowed him to create large scale/massive metal works. From 1972 to 1995 until his death, he completed over thirty large scale commissions primarily in Illinois.

Among these commissions, “Vogorae” is a sculpture that stands twenty-five feet tall and is made of concrete and steel. Horvath has explained his work by adding, “One concept of the Universe is that it is expanding rapidly, but it is curved, folding back upon itself.”