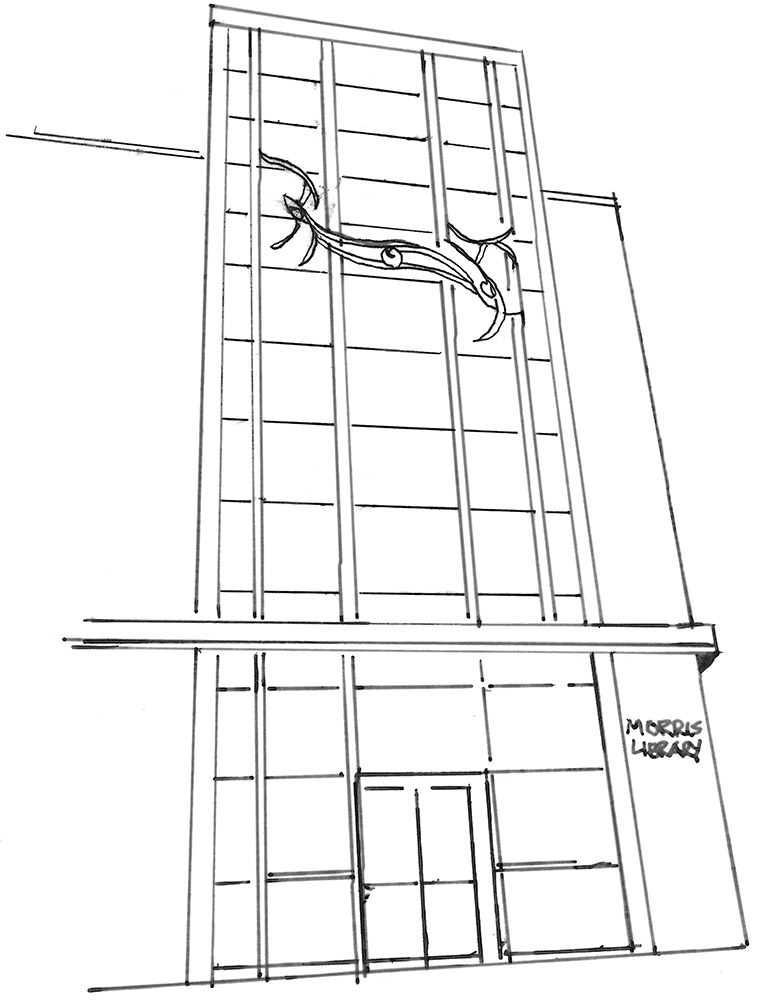 In 2005, “Wings of Knowledge was commissioned to augment the extensive renovation of Morris Library. Describing his work Lewis said, “The exterior sculpture is a wind-powdered spinner that is attached to the façade. A shaft piercing the façade connects the spinner to the interior mobile. The power of the wind is transferred through the shaft and a series of gear reductions puts the ceiling-hung sculpture in motion. The mobile moves very slowly and deliberately no matter what the velocity of the wind. On the other hand, the exterior spinner might move very dynamically at times in an interesting contrast to the interior piece.”

Evan Lewis has been producing and exhibiting his outdoor kinetic wind sculptures since 1984. In 1995 he was commissioned to produce sculpture prominently featured in Warner Brothers film, Twister. He grew up in California and received his BFA in sculpture from the School of the Art Institute of Chicago in 1989. He and his wife maintain a showroom on Chicago’s northside.